My scholarship has appeared in or accepted by, among other locations, the American Political Science Review, the Critical Review, the California Law Review, the University of Chicago Law Review, the Boston University Law Review, and Social Theory and Practice. From 2014-16, I was Berkeley Law’s inaugural Darling Foundation Fellow in Public Law. Prior to joining the Berkeley faculty, I served as a Visiting Assistant Professor at the University of Illinois College of Law and clerked for Judge Diana E. Murphy on the United States Court of Appeals for the Eighth Circuit. In addition, I was an associate at Covington & Burling LLP in Washington, D.C., focusing on energy and Indian law matters.

Beyond my academic writing, I’ve also been a longtime member of the political and legal blogosphere. I’ve been writing at my own site, The Debate Link, since 2004, and have been a contributor or guest-blogger at numerous other sites, including Alas, a Blog, Concurring Opinions, The Faculty Lounge, Inside Energy and Environment, Legal Planet, and The Moderate Voice. My more professional bylines include The Atlantic, Ha’aretz, The Jewish Daily Forward, and Tablet Magazine (see the “popular writing” tab). 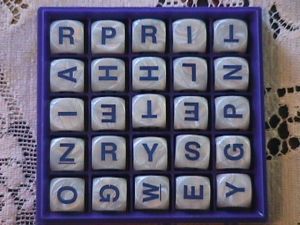 I’m a native of the Washington, DC metropolitan area and a fanatically loyal Carleton College alum, where I earned a degree in Political Science. I’m a somewhat-less fanatical, but still generally happy, graduate of the University of Chicago Law School, where I earned my J.D., and the University of California, Berkeley, where I received my Ph.D. in Political Science (specializing in political theory and public law).

While I’m lucky enough to basically count my job as among my hobbies, when not pondering interesting questions for a living I like writing, eating steak, playing board games, and watching boxing. I also play a mean game of Boggle.